Jacobs’ team traveled to Kochi in 2016 to begin its engine brake testing journey. Kochi, a city located in the Kerala State on the southwest coast of India, is nicknamed “God’s Own Country” for its backwater, mountains, and scenic beauty. It is also known as one of the toughest places to drive through due to mountains, valleys, and narrow roads. As Kerala is gifted with many natural resources and the corresponding mines, Jacobs’ team visited a mining fleet to help solve a problem they’d been struggling with for years—the short lifespan of their foundation brake liners due to high temperatures on the wheel rims caused by extended and inefficient braking.

While it was difficult for OEMs to resolve fleet owners’ frequent complaints about vehicle braking, Jacobs welcomed the opportunity to test whether or not engine braking could be the solution these trucks needed. 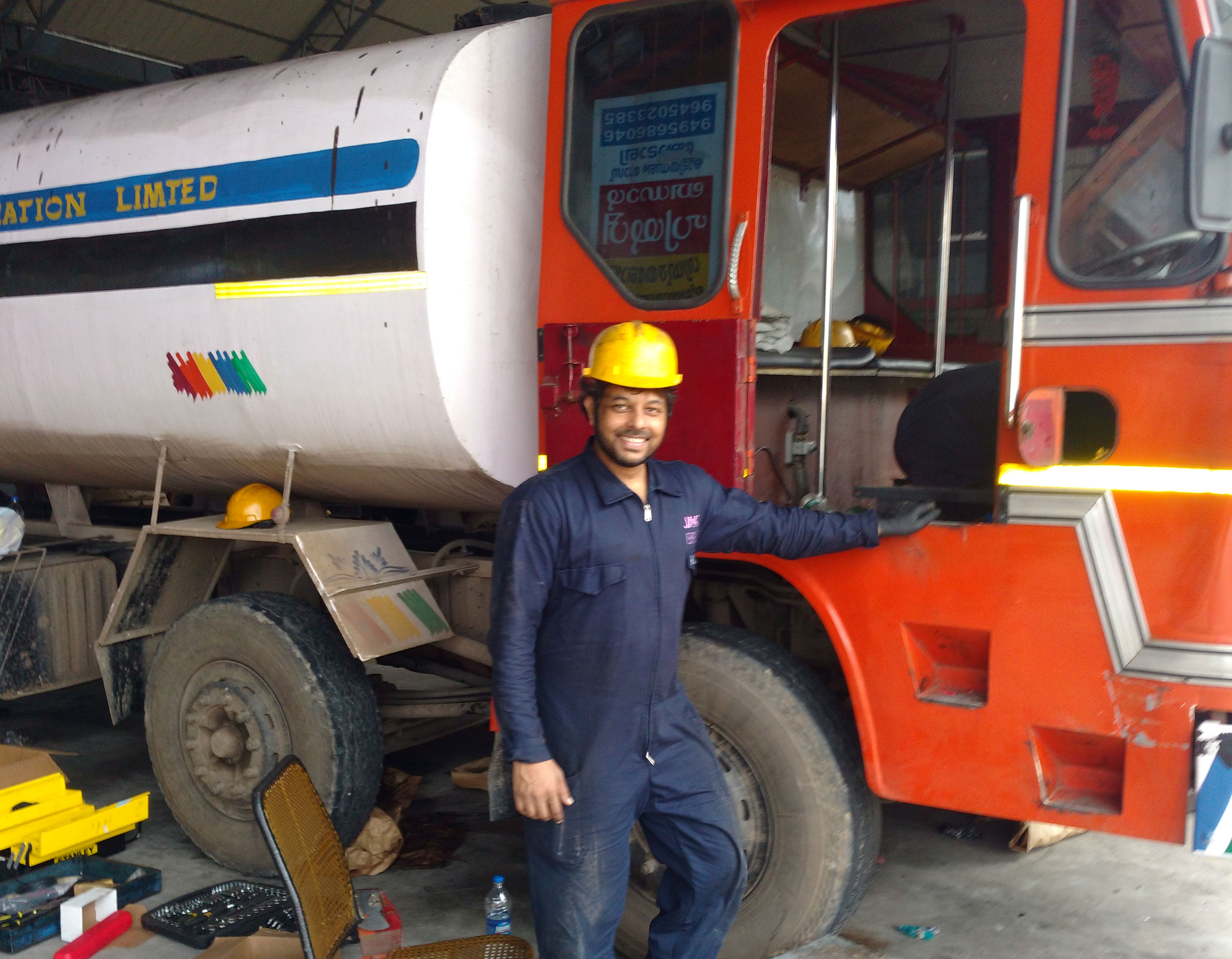 Before arriving, Jacobs’ engineers formulated a plan for how to upgrade the trucks without adversely affecting their performance. This allowed the team to begin working immediately, along with the fleet’s mechanics, to upgrade nine of the mining trucks with Jacobs engine brakes. After a few long, hot installation days, it was time for the first road test. Smiles appeared almost immediately on the faces of the fleet owners as their most skilled drivers quickly felt the difference between the control and drivability of a vehicle with an engine brake compared to one without secondary braking technology.

But the Jacobs’ team wasn’t done. They pushed to continue engine brake installations and road trials to prove, beyond a doubt, the value of the Jake Brake® to India’s commercial vehicle industry. Fortunately, another opportunity knocked, and in early 2017, with the support of Tata Motors and its local dealership, the team from Jacobs returned to install engine brake kits for additional field tests. The team returned to Kerala, but this time to one of the most challenging geographies for heavy trucks and a safety and productivity nightmare for most of the fleets in the area. Again, the challenge was to help a mining fleet overcome the heat and foundation brake wear and tear caused by the extreme working conditions.

The fleet’s heavy trucks were experiencing high temperatures in their wheel brake drums during normal operation while descending steep, serpentine hills, or “goat paths” as one Jacobs team member described them. With overloaded trucks descending these hills, the vehicle’s rims would become as hot as a race car’s making it difficult to sustain a smooth, safe drive. The team from Tata Motors challenged Jacobs to reduce the temperature by 22% to keep the foundation brakes from overheating and failing.

The team went to work. First, they recorded the temperature of the wheel brake drums on two Tipper vehicles during normal operation after descending a 9 km route without an engine brake. These temperatures ranged from 230-280ºC. Then, with engine brakes installed on the same two vehicles, the Jacobs team gave the drivers a lesson on engine braking. Once they were comfortable with this new operation, they repeated the journey down the same steep 9 km hill. This time, the wheel brake drums were recorded to be 150ºC—a decrease which far exceeded the 22% challenge! 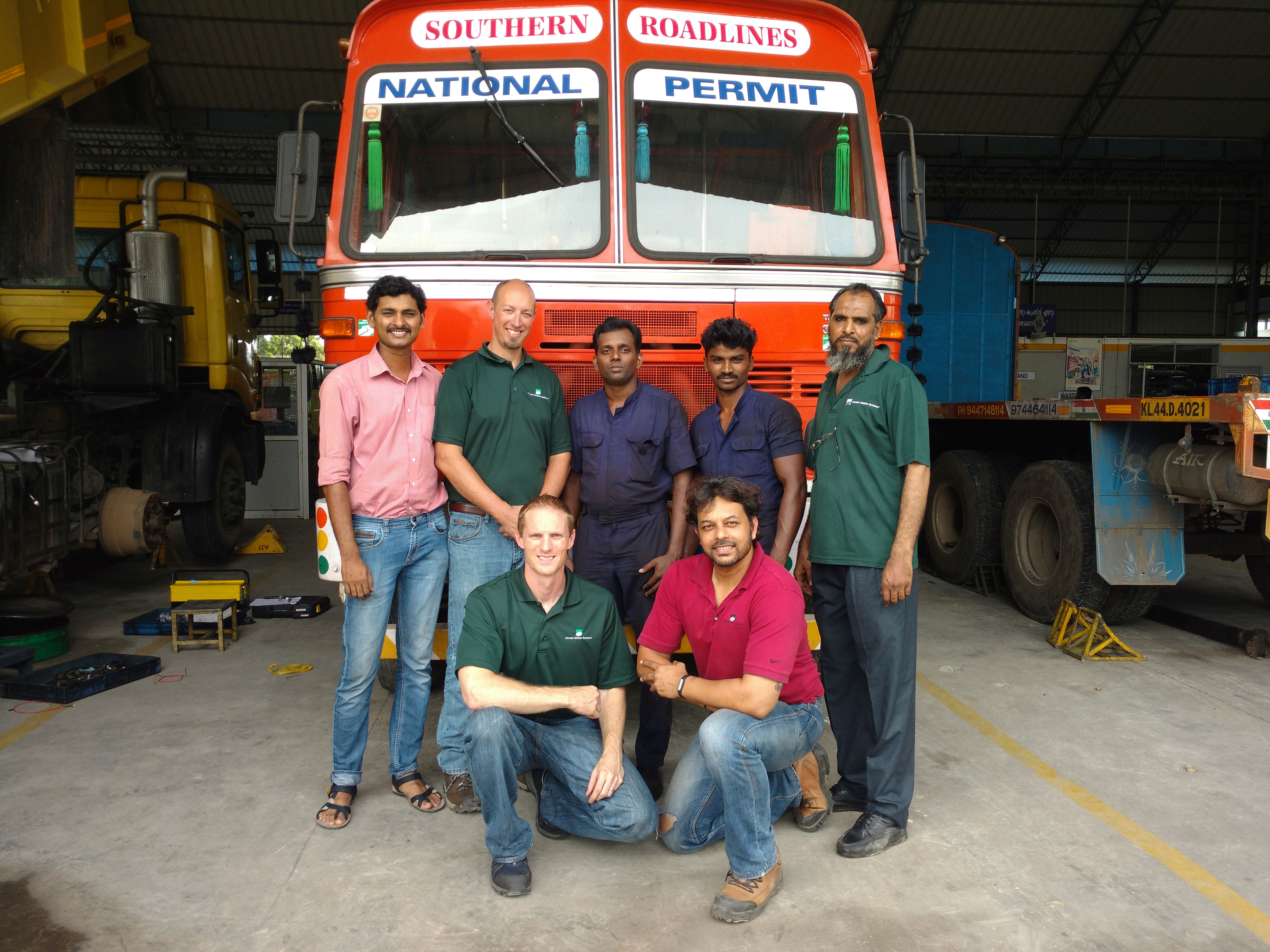 Equally as impressive were the drivers’ responses. Before the trials, drivers were skeptical at best, as they had been through multiple iterations and attempts by OEMs to resolve this issue. But the Jake Brake® worked as advertised and provided the drivers with added control and comfort during their decent, and a 35% reduction in wheel temperature.

In addition to the improved temperature and performance, the drivers were impressed by the braking performance while hauling 25+ tons of freight from the top of a hill to a designated site 20 km away. The drivers could increase their trips per day because of the improved performance of the foundation brakes when paired with the Jake Brake.

Since our experiences in Kerala, we have continued to gather feedback from the field and have consistently confirmed a thermal decrease in the range of 35-43%. These results translate into brake liner life increases of 2-5x which allows fleets to save money and be more productive.

We thank Tata Motors’ service teams for their support and commitment during our field tests. Having established the Safety + Productivity Equation with the Jake Brake, we believe there is a significant need for engine braking in India, where more than 70,000km of roadways present truck drivers with some of the most dangerous and challenging driving conditions in the world.