Jacobs’ ADT device incorporates valve actuation technologies proven over many millions of miles and can be cost-effectively added to many engine platforms.

Stop-start engine technology, which automatically switches off the engine when it would otherwise be idling, is widely adopted by automotive manufacturers, however, it is less common in heavy-duty commercial vehicles. This is largely due to the intrusive engine and cabin-shake experienced whenever a heavy-duty diesel engine starts or stops, and because of the cost of technologies needed to mitigate increased wear-and-tear on the starter motor, ring-gear, and battery. ADT significantly reduces these issues.

Extensive testing has shown that ADT reduces the magnitude of engine-shake during shutdown by 90 percent, which is when vibrations transmitted to the cabin are of greatest frequency and strength. This has the additional benefit of preventing disturbance to drivers sleeping in cabs overnight when there are automated engine starts and stops to maintain battery charge. 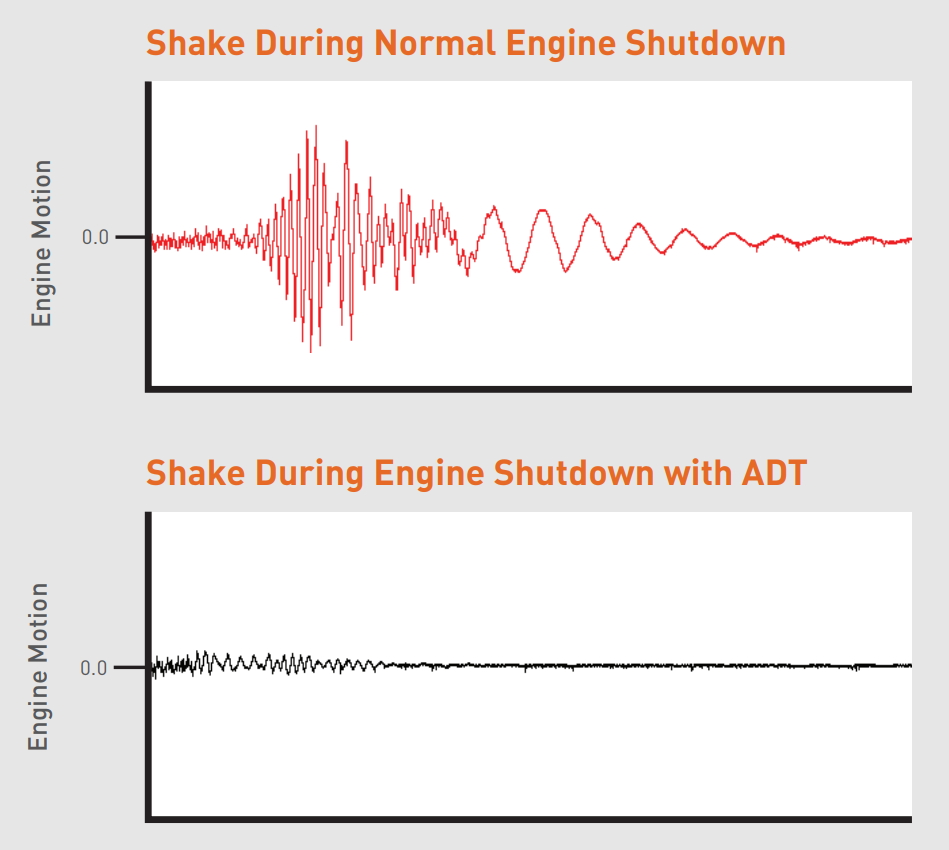 The ADT device is automatically activated by the engine control unit (ECU) whenever the engine shuts down or starts up, and works by keeping the engine valves open and the cylinders decompressed. When switching off the engine, it coasts to a smooth shutdown without causing the cab to shake. When starting up, the engine is kept in a decompressed state which decreases cranking torque by 40 percent and allows the engine to spin up to twice its normal speed for smoother starting, faster priming of the fuel system, and decreased wear on the starter gear, fly wheel and other components. This can also allow the use of smaller and lighter batteries, cables, and starter.

Steve Ernest, Vice President of Engineering and Business Development at Jacobs Vehicle Systems, commented: “ADT is another development of Jacobs’ well-proven valve actuation technologies to deliver another set of benefits. Some OEMs will be interested in ADT because it enhances vehicle refinement by eliminating engine-shake and cabin-shake. Other customers – particularly those whose vehicles endure heavy stop-start cycles - will welcome the reduced component load, fuel economy and emissions advantages.”

The 2-Step VVA system on the intake valve manipulates the timing of valve-closing to optimize compression ratio versus load, and improve emissions.  When applied to the exhaust valve, the timing of the valve opening is modified to improve transient turbocharger response and to keep the aftertreatment system hot during low load operation.